EFT (Emotional Freedom Techniques) is a tapping technique that used as a self-help tool and as a treatment option to help reduce and some cases get rid of emotional and physical pain.

EFT is a new age Power Therapy, also called ‘Energy Psychology’ developed from the ancient Chinese meridian energy system – a form of acupuncture without the needles for the emotions.

EFT is a way to release negative or painful emotions, thoughts and feelings such as fear, anxiety, sadness, guilt, anger, hurt, shame, bitterness and grief.

How Does EFT Work?

Tapping is known to reduce stimulation in the amygdala.

The little, almond-shaped part of the brain plays a vital role in our flee-or-fight reaction to stress. When the amygdala relaxes, the body stops experiencing the stress signals and all its symptoms such as the production of cortisol, the body’s primary stress hormone. EFT has shown a reduction in cortisol and saliva up to 24% after an only one-hour long session.

As of August 2016, from a study on EFT concluded it promotes positive changes in the body associated with stress. Hence, it enables the body to handle future stress as a result of the current stress been worked on by tapping.

There’s plenty to validate the ‘blue sky’ Blue sky thinking refers to brainstorming with no limits. With this approach to idea generation, ideas don’t need to be grounded in reality. Instead, blue sky thinking sessions are open to all creative ideas regardless of practical constraints (3000 plus years of Chinese medicine but we can say at this point that tapping on the endpoints of the body’s energy meridians (while the concentration seems to send pulses of energy to rebalance the body’s energy system concerning a particular problem.

So in shifting energy, it changes the way the brain processes information about a particular issue, and the tapping, while tuned in to the problem, is like rewiring or rerouting the brain’s conditioned negative response.

EFT based on unresolved negative emotions having a profound effect on our psychology and this, in turn, helps create a balance within the body and its ability to keep healthy levels high.

It then balances and neutralizes the emotions. , and becomes almost impossible to become upset about the issue no matter how much you try. The negative energy feeling of the problem remains, but the emotional negative”charge” from it is gone.

The result is usually long, and awareness (cognition) often changes and new perceptions and (cognitive shifts) are formed. It is,an self help personal healing tool for letting go of unwanted or repressed feelings and emotions—there enormous implications for bringing about profound and lasting personal changes.

What Can EFT do?

EFT is thought of has been named a “universal healing aid” a personal healing tool to improve any condition, both physical and emotional. The process is entirely natural, painless, versatile and straightforward to learn and use.

EFT has shown amazing improvements in a wide variety of issues, including those listed below.

It was developed in the early 1990s. And the concepts underlying EFT come from NLP Neuro-Linguistic Programming and also named

Thought Field Therapy involving the use of 10 to 15 separate tapping routines (algorithms).

EFT is different in that it employs only ONE comprehensive tapping routine, basic recipe, which is used for ALL emotional and physical problems.

Most people can master, including children, making EFT far more accessible and immediate.

EFT is not a substitute for psychiatrists, psychologists or medical advice.

As EFT is not a replacement for qualified medical advice, always consult medical professionals regarding your health.

Suppose using EFT while you are taking medication for conditions such as diabetes, high or low blood pressure, thyroid conditions or heart conditions. In that case, you should speak to a doctor. EFT can have an effect on you that may require adjustments to your medications on medical advice. EFT is a complementary aid only for improving well being and does not diagnose. This blog is for information only. 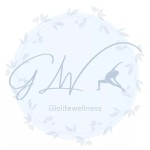 I'm Gemz, a mother of two amazing little humans that are growing up so fast. I have always been interested in wellness but over the last few years, Iv taken it to the next level and I'm following my dream. Training to be a yoga instructor, have plans to open my own wellness studio and once and for all get my blog and social media sorted out. The time is now

How to Sew the perfect Bunny Ear /Messy bun/ Pony Tail ‘ Bow Scunchie’s’ that look great on everyone!

Use this Natural remedy to GET RID of Thread/Pin Worms for good!

Why Verbal Abuse is an epidemic destroying the soul of our society & the world?

Need more wellness in your life? Want to start Yoga & not sure where to start? Download The Glolifewellness App FREE

Pairing Organic Beauty products to get our dehydrated skin ready for winter time!

I'm Gemz, my blog is a source for the latest Clean Cosmetology, Yoga Coaching & Functional Health reviews. I have been a cosmetologist for over 20 years and soon to be Yoga Instructor